Enter now for a chance to receive $100 in March and Ash store credit, a Puffco Peak, Highland skateboard deck, and more for just $1. Up to four (4) recipients will be selected.

Simply fill out the form at the top of this page to enter. Results will be announced on 7/16/21. 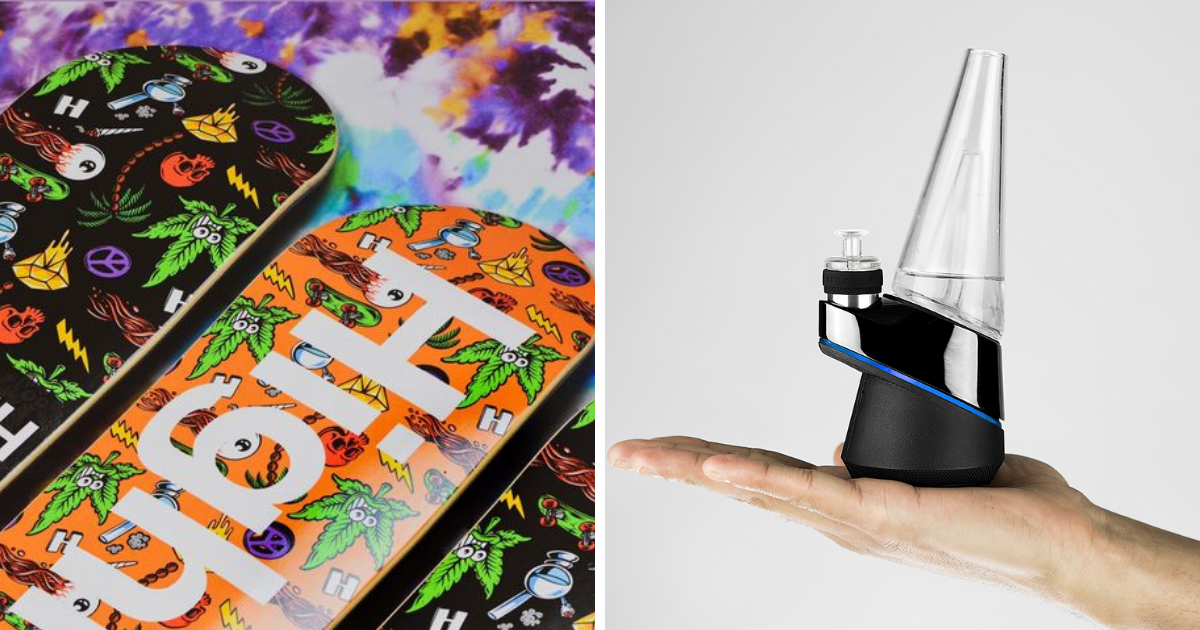 The Puffco Peak unlocks the true power of concentrates, providing the clearest expression of the potency, flavor, and effects of the plant they're derived from. This means you get the most efficient and enjoyable experience, faster and easier than ever before, with no learning curve. 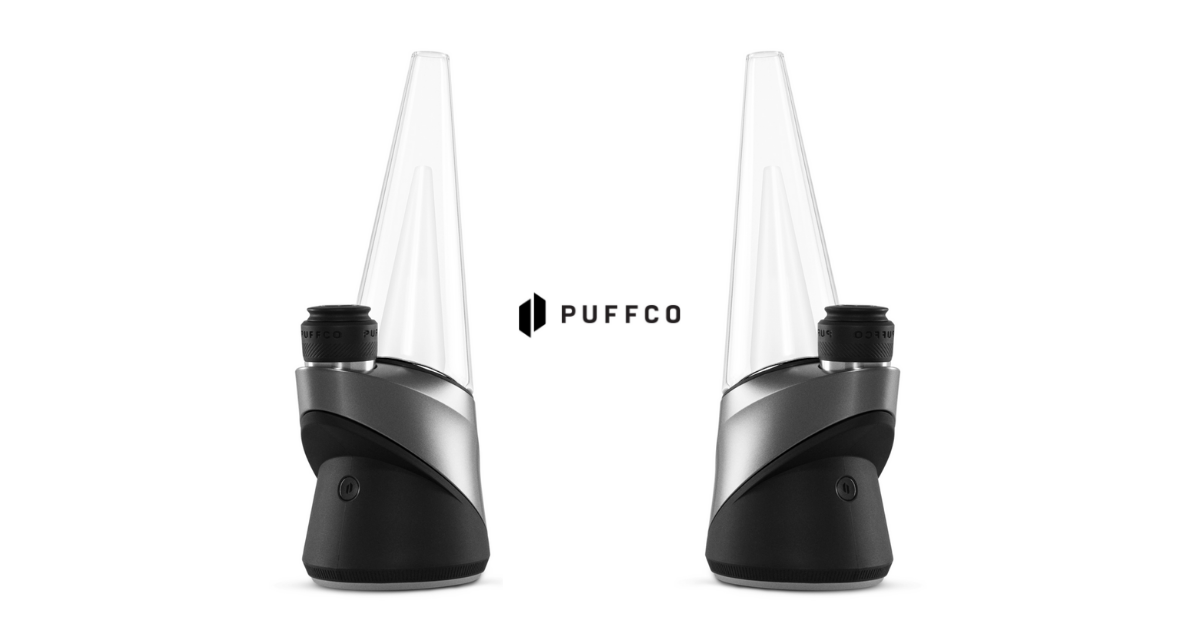 Highland Oil Co is a family operated brand that was established in 2017 on the Central Coast of California. They focus on quality, consistency and affordability. Their team hand selects specific strains from local reputable farms in California. They believe in preserving the integrity of each strain they process and do so by using simple and trusted extraction methods. Every product is then tested to detect potency, pesticides, solvents and specific terpene profiles to ensure our concentrates are safe and ready for consumption. 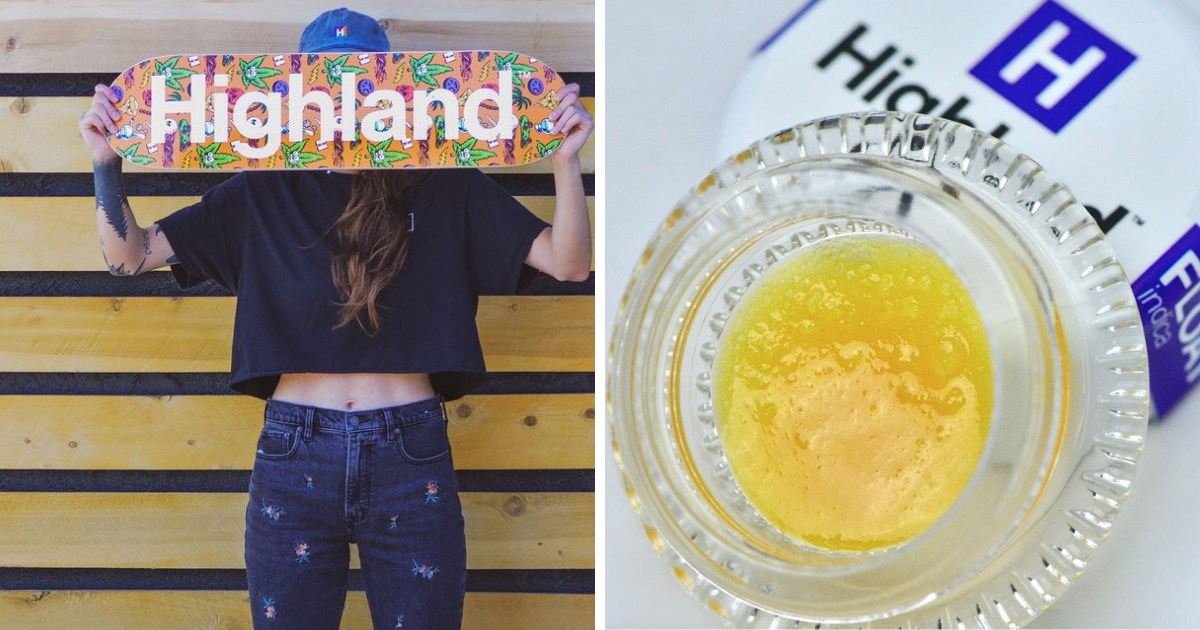 NO PURCHASE NECESSARY TO ENTER.

Eligibility: The promotion is open only to legal United States residents residing in the State of California who are at least twenty-one (21) years of age (“Entrant”). Each Entrant must use a valid and unique email address when you submit your entry and be the rightful owner of the e-mail address identified in the Entrant's entry at the time of registration. In the event of a dispute as to the identity of a randomly selected recipient, the recipient will be deemed the person in whose name the email account was opened. This promotion is subject to all applicable federal, state, and local laws and regulations and is void where prohibited or restricted by law.

Redemption: Items pictured and listed above may differ from items received. The recipient is selected randomly and will be announced on 7/16/21 via email. The recipient is required to pay $1 in cash to March and Ash in order to receive the item(s). If you have opted-out of our email communications, you will not be notified of the results. If the first selected recipient doesn't claim the item(s) within 72 hrs, the item(s) will be forfeited and a new recipient will be selected. Item(s) will be available for pick-up only at your preferred March and Ash shop.

General Condition : In the event that the operation, security, or administration of the Promotion is impaired in any way for any reason, including, but not limited to fraud, virus, bug, worm, unauthorized human intervention or other technical problem, or in the event the Promotion is unable to run as planned for any other reason, as determined by Sponsor in its sole discretion, the Sponsor may, in its sole discretion, either (a) suspend the Promotion to address the impairment and then resume the Promotion in a manner that best conforms to the spirit of these Official Rules or (b) terminate the Promotion and, in the event of termination, present the item(s) at random from among the eligible, non- suspect entries received up to the time of the impairment. The Sponsor reserves the right in its sole discretion to disqualify any individual it finds to be tampering with the entry process or the operation of the Promotion or to be acting in violation of these Official Rules or in an unsportsmanlike or disruptive manner. Any attempt by any person to damage the website or undermine the legitimate operation of the Promotion may be a violation of criminal and civil law, and, should such an attempt be made, the Sponsor reserves the right to seek damages (including attorney’s fees) and any other remedies from any such person to the fullest extent permitted by law. Failure by the Sponsor to enforce any provision of these Official Rules shall not constitute a waiver of that provision.

Release and Limitations of Liability: By participating in the Promotion, entrants agree to release and hold harmless the sponsor, and each of their respective parents, subsidiaries, affiliates, advertising and promotion agencies, other companies associated with the Promotion, and each of their respective officers, directors, employees, shareholders, representatives, and agents (the released parties) from and against any claim or cause of action arising out of participation in the promotion or receipt or use of the item(s) (including any travel or activity related thereto), including, but not limited to: (a) any technical errors associated with the promotion, including lost, interrupted or unavailable internet service provider (isp), network, server, wireless service provider, or other connections, availability or accessibility or miscommunications or failed computer, satellite, telephone, cellular tower or cable transmissions, lines, or technical failure or jumbled, scrambled, delayed, or misdirected transmissions or computer hardware or software malfunctions, failures or difficulties; (b) unauthorized human intervention in the promotion; (c) mechanical, network, electronic, computer, human, printing or typographical errors; (d) application downloads, (e) any other errors or problems in connection with the promotion, including, without limitation, errors that may occur in the administration of the promotion, the announcement of the recipient(s), the cancellation or postponement of the event, if applicable, the incorrect downloading of the application the processing of entries application downloads or in any promotion-related materials; or (f) injury, death, losses or damages of any kind, to persons or property which may be caused, directly or indirectly, in whole or in part, from entrants participation in the promotion or acceptance, receipt or misuse of the item(s) (including any travel or activity related there to). entrant further agrees that in any cause of action, the released parties liability will be limited to the cost of entering and participating in the promotion, and in no event shall the entrant be entitled to receive attorneys’ fees. released parties are also not responsible for any incorrect or inaccurate information, whether caused by site users, tampering, hacking, or by any equipment or programming associated with or utilized in the promotion. entrant waives the right to claim any damages whatsoever, including, but not limited to, punitive, consequential, direct, or indirect damages.

Disputes: Except where prohibited, each entrant agrees that any and all disputes, claims and causes of action arising out of, or connected with, the Promotion or any item(s) issued shall be resolved individually, without resort to any form of class action, and exclusively by the appropriate court located in California. All issues and questions concerning the construction, validity, interpretation and enforceability of these Official Rules, entrant’s rights and obligations, or the rights and obligations of the Sponsor in connection with the Promotion, shall be governed by, and construed in accordance with, the laws of California, without giving effect to any choice of law or conflict of law rules, which would cause the application of the laws of any jurisdiction other than California.