Laughing Gas recently celebrated their one year anniversary of providing premium cannabis to California consumers. It was a culmination of combining the knowledge of over 20 years of cultivation experience and a love for the high of laughter. Written by Randy Villarba

Laughing Gas recently celebrated their one year anniversary of providing premium cannabis to California consumers. It was a culmination of combining the knowledge of over 20 years of cultivation experience and a love for the high of laughter. Laughing Gas was first sold in a small dispensary in North Hollywood and after it took off, the brand quickly spread to other dispensaries from Northern California down to San Diego.

Before you rip open a fresh eighth of their cannabis, you will notice the logo and colorful packaging has the face of a man with devil horns laughing behind a smoky gas mask. Who is the man on Laughing Gas’ packaging? Fans of stand up comedy are well aware of the savage with devil horns behind the mask - Joey Coco Diaz.

Actor, comedian and writer Joey Coco Diaz has grown his own empire since starting his stand up comedy journey over 30 years ago. An immigrant born in Havana, Cuba, Diaz was raised in North Bergen, New Jersey. After garnering approval by The Comedy Store owner Mitzi Shore, Diaz has been a pillar at the club in Hollywood for decades. Joe Rogan has repeatedly stated that he is the funniest comic on the planet on his podcast The Joe Rogan Experience.

Diaz’s own podcasts, The Church of What’s Happening Now and Uncle Joey’s Joint, continue to give a glimpse into his life story since he left North Bergen, New Jersey. Most recently he was in the latest Sopranos film The Many Saints of Newark. He has been on the big screen alongside Adam Sandler in The Longest Yard, Robert DeNiro in Grudge Match and Tobey Maguire in Spider Man 2. Diaz has also been on My Name is Earl, Law & Order: SVU and Comedy Central.

From Comedian to Cannabis Business Man

When Diaz was interviewed in High Times Magazine back in 2019, he was asked if he would like to have his own strain of cannabis one day. “If I found something that was really strong and I liked it and I thought people would like it and if I could keep the prices low,” replied Diaz. 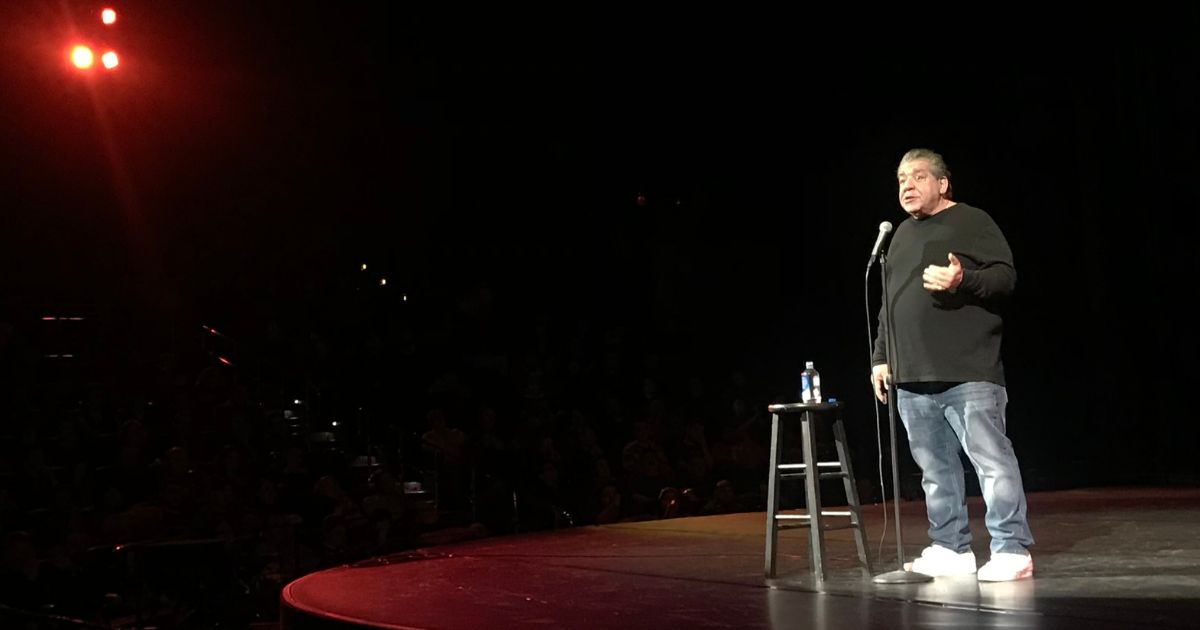 Diaz’s accolades and successes make him one of the most sought after actors and comedians in his industry, and now he’s well into the business of cannabis. “Like I told my wife. Who said 30 years of smoking dope gets you nowhere?” asked Diaz. “You know what I’m saying? They were wrong.”

We anticipate what’s next for Laughing Gas as much as we wait for the next Joey Diaz movie or stand up performance. Fortunately, we can find our laughs and connect with Diaz as we smoke his strong and affordable weed, just as he intended. You can find Laughing Gas at all March and Ash locations while supplies last. Check out some of our favorite strains below.

Laughing Gas is a Southern California based premium cannabis company that understands the importance of quality. When Diaz realized it was about time he entered the cannabis market, he began working with the friends in the industry he trusted. After hunting the right cultivars, Laughing Gas connected with the master cultivators at Zeki Genetics and his friends at the Ice Kream Shop in Los Angeles. Zeki Genetics have been flexing their craft in the cannabis industry for over two decades, having been established under Proposition 215 in 1998.

In 2021 Diaz announced on his podcast Uncle Joey’s Joint that he was entering the cannabis industry in California. Named after Uncle Joey himself, the strain Coco was the first flavor to be released in Los Angeles. Coco is a fusion of Super Lemon Cherry Gelato crossed with the strain Cactuz, a Sunset Sherbert matched with Gelato 41 and backcrossed with Presidential OG.

To help spread the word of the quality of their flower, Laughing Gas collaborated with the rolling gurus at Packwoods. The Packwoods + Laughing Gas collaboration held two grams of flower, infused with Nug Run Sauce, rolled with a glass filter in 100% tobacco free Packwraps, and was caked with kief. They started selling out of their flower as people traveled from far away to buy it at the Ice Kream Shop in Los Angeles and Studio City.

The demand for Madflavor’s cannabis began to grow throughout the state. Laughing Gas then followed up Coco by releasing three more cultivars; Rainbow Runtz, a Skittlez crossed with White Runtz, White Truffle, an Oreo Cookies and Cactuz cross, and Zashimi, a Zkittlez cross with Mochi.

To celebrate their one year anniversary, Laughing Gas released their latest cultivar in their powerful lineup named Tremendous, rounding out their available strains to a total of five. Tremendous is an indica hard hitting hybrid that crosses Gelato 33 with their Cactuz strain.

Joey Coco's colleagues and friends are speaking up about the quality of Laughing Gas flower. Stand up comedian Bert Kreischer (Netflix, Travel Network and Comedy Central) explains the gravity of the bizarre world we are living in.

“It’s a surreal world,” Kreischer says. “Not only when you walk into a dispensary and everyone knows you and says, 'Hi!' but when they offer you your friend’s weed."

Kreischer holds up the package of Laughing Gas with his face on it.

"Joey Diaz has his own weed,” he boasts.

An extremely gassy and sweet indica dominant hybrid that may give you a consistently happy yet relaxed high. The strain is the original flavor of Laughing Gas, a brand created for the one and only actor/comedian Joey “Coco” Diaz. Much like his comedy, the Coco genetic is sure to give you a good laugh. 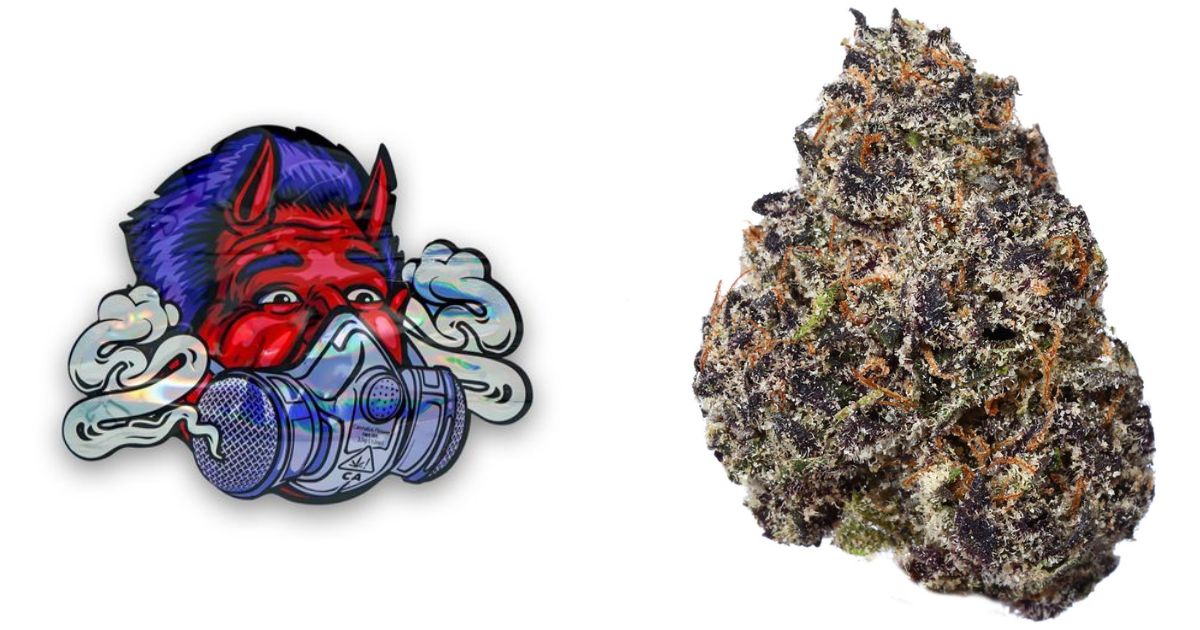 This potent and frosty hybrid might leave you feeling relaxed, creative and happy. This strain has a smooth, tasty flavor and is consistently one of Laughing Gas’ highest testing genetics. 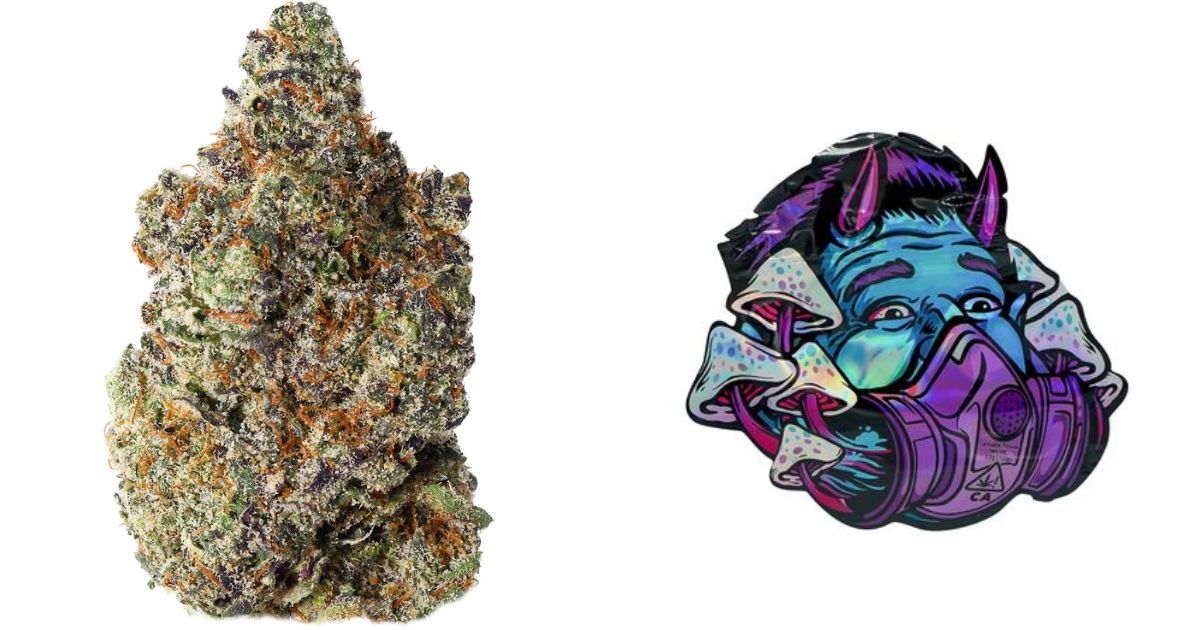 If you ever wanted the chance to taste the rainbow, now is your chance. Rainbow Runtz is by far our sweetest and most sugar-like flavored cultivar that may give you an uplifted, happy and creative experience. 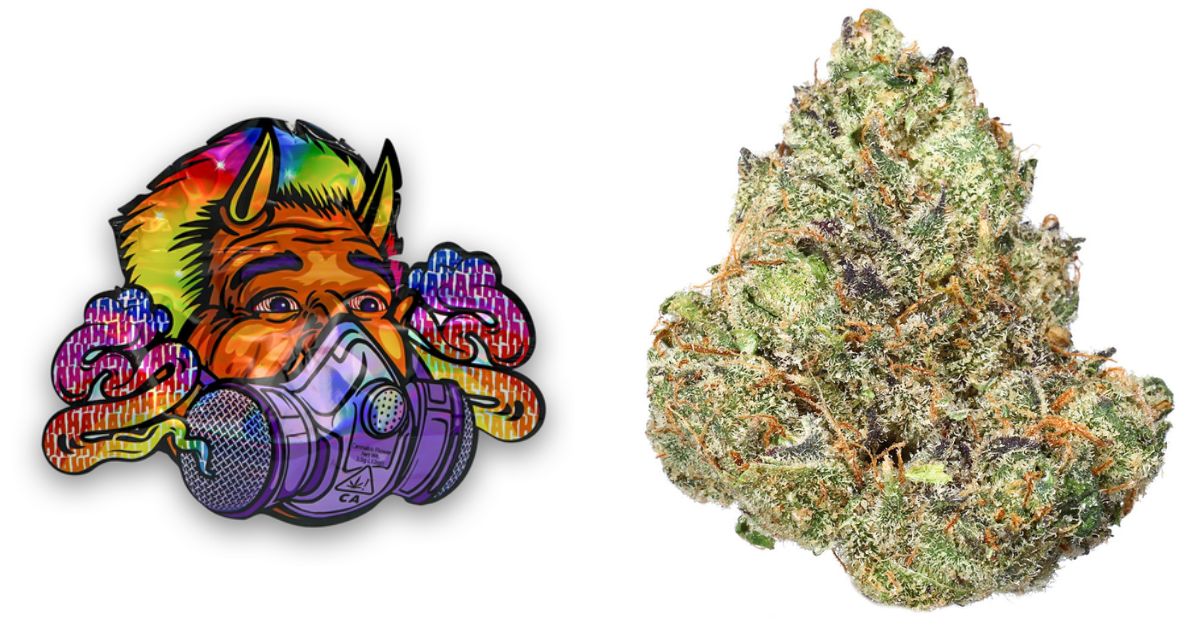 An incredible addition to the Laughing Gas lineup! This indica-dominant hybrid is a sweet, fruit blend that may give you a serene, relaxing body sensation with a focused, creative and happy experience. Additionally, aside from a beautiful presentation, this cultivar has also been reported to be great for a body effect. 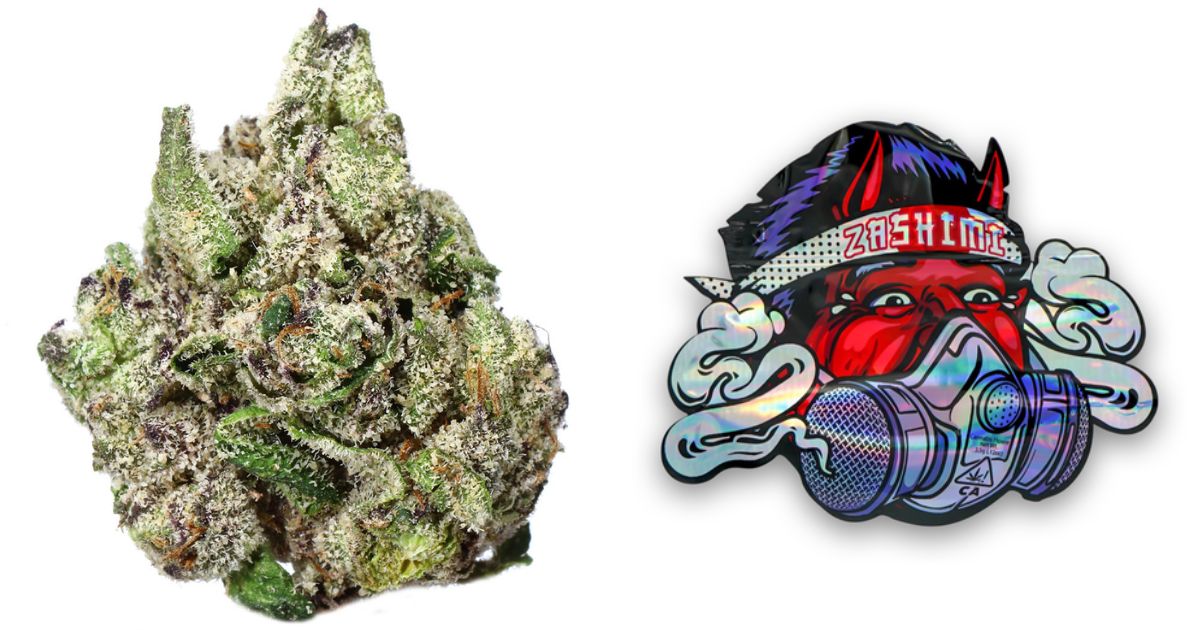 If you are a fan of Joey Diaz, then you will understand that this cultivar is nothing short of “Tremendous.” This perfect hybrid is purported to offer an uplifting, energetic yet relaxed body sensation. It is the perfect strain to smoke for any occasion, including after a long day of hard work. Not to mention, this strain is an excellent blend of both gassy and sweet. 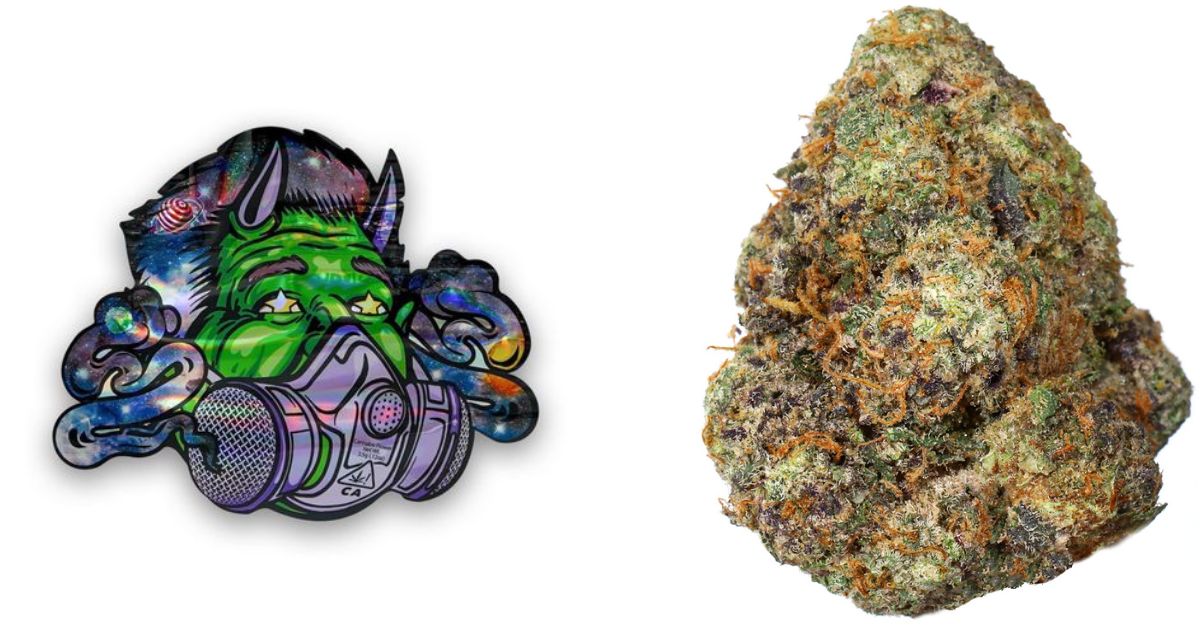 Indoor vs. Outdoor Cannabis: Everything You Need to Know