Jetty Extracts, born in 2013 with a focus on craft and innovation, handcrafts award-winning small-batch extracts.

This article was contributed by Jetty Extracts and written by Jonathan Forstot.

Jetty Extracts, born in 2013 with a focus on craft and innovation, handcrafts award-winning small-batch extracts. Providing consumers with options that range from Unrefined Live Resin, High THC, and Solventless vape, concentrates, and pre-rolls, Jetty is an industry leader recognized for its uncompromising approach to carefully-crafted products free of pesticides, chemicals, and fillers.

Jetty Co-founder and head of production Nate Ferguson has been on a mission to make a cleaner vape since he and his partners started Jetty back in 2013, and R&D has always been at the forefront. Jetty innovation led to the first vape (we think!) free of cutting agents. That led to better and better techniques for modern solvent-based extraction, used today in just about every vape product on the market.

In many ways though, Solventless marks a milestone in the clean vape quest: An extract made without ever touching a chemical.

We sat down with Nate to get the story behind Jetty’s new Solventless Vape ahead of a limited-release launch in late 2020 and broader rollout in 2021.

Q. What is Jetty Solventless Vape?

Nate Ferguson: The simple answer is it’s extract made without any solvents or chemicals. We only use ice, water, heat and pressure in the entire extraction and purification process, so it’s super clean. Some people like to point out that water is actually a solvent—and they’re technically right. But when we say “solventless” most people know that we mean no ethanol or chemicals like that.

NF: Definitely. The knock against solventless vape and live rosin is that the flavor usually degrades as you heat it and get through the cart. Starts out amazing but ends up not so great. That’s because the ice water extraction not only preserves the full spectrum of terps and cannabinoids, but it also includes lipids and the undesirable stuff. We’ve been working on this at the lab for a long time and developed a natural purification process that removes the undesirable stuff that can mess with the flavor, while preserving everything we want to keep.

NF: Not exactly, We extract really good live rosin and then do an extra purification and processing step. So that extra step makes it a little different than a typical live rosin.

Q. Who supplies the cannabis for Jetty Solventless Vape?

NF: We do! We’ve been setting up the Jetty Farm for a while now, getting ready for this. We control the whole process now: getting the right phenos in the ground, controlling the harvest. That’s really important when you’re growing for solventless. The first strains came down in October and they are amazing. We flash freeze them right on the farm. We’re also growing everything we’re using for our UNREFINED Live Resin too.

Q. How would you describe the high?

NF: With the processing we’re doing—starting with a really nice live rosin—the potency is very high. You’re gonna see an average of 80%, 85% THC. But you're also getting all the terps available too, which leads to a strong entourage effect. So it’s a unique, complex high...It’s clean, light on the body. It’s exceptional.

NF: Well, we all like to dab...We’re gonna have solventless concentrates on the menu soon. A bunch of live rosin, Tropicana Cookies, Cake strains. It’s gonna be fun!

Q. If you were a budtender for a day, how would you describe Jetty Solventless Vape to a customer?

NF: I was a budtender! And ran a dispensary in the early days...Well, I’d probably say that it’s the cleanest vape product on the market. It’s made without ever touching any chemicals and it’s extracted in a way that preserves all the flavor and all the best parts of the plant. There’s nothing cleaner or more flavorful, and it has a strong, uplifting high. It really is something special.

Jetty Extracts was thrilled to announce that Jetty’s Fatso Solventless Vape won 2nd Place at the 2022 Emerald Cup. Unlike many Emerald Cup winners, this is a product you can buy in a dispensary near you or get delivered to your door.

Fatso is a newer strain to the game, a cross of GMO Cookies and Legend OG. Because of the flower’s high THC content and abundant trichomes, this Solventless oil is potent with hints of citrus, OG spice and fuel. It’s a Jetty crew favorite and now an Emerald Cup favorite! 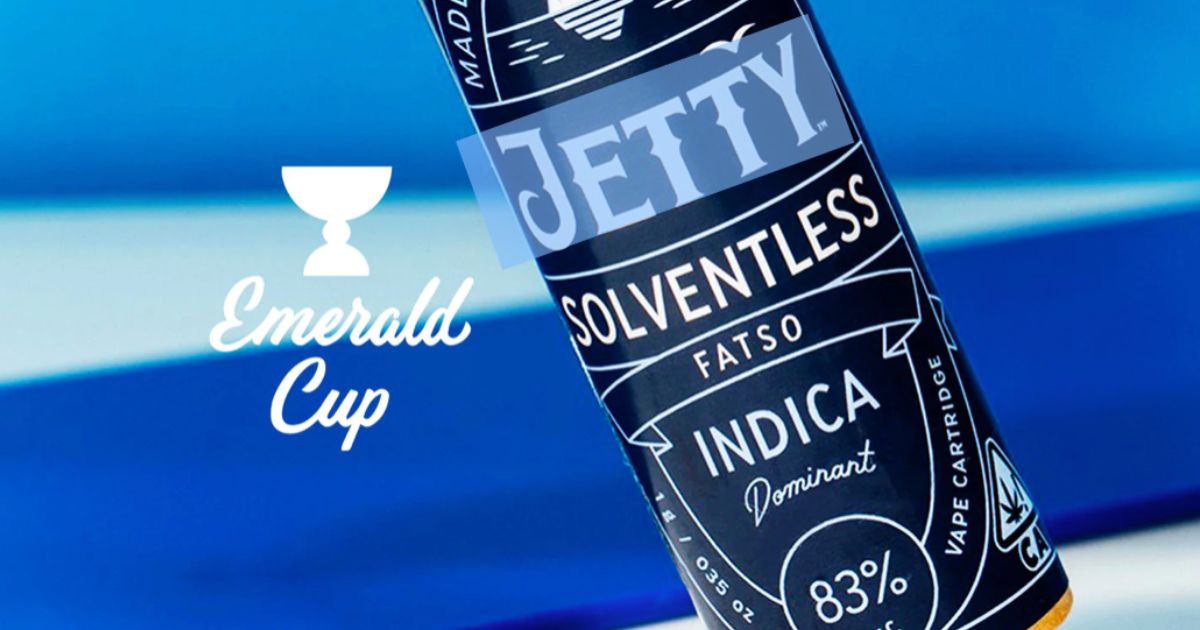 Jetty Solventless strains are grown on an OCal certified farm in sunny Watsonville, CA using comparable-to-organic and regenerative farming practices. Whole plant cannabis is harvested at the peak of ripeness and immediately frozen on site to preserve all the terpenes, flavonoids, and cannabinoids. Made using just ice, water, heat and pressure - no harsh chemicals or solvents - this is the cleanest vape on the market.

You’ll enjoy this broad-spectrum, true-to-flower high from your first hit to your last.

Kiva Confections, California’s market leader in premium, cannabis edibles, announced today a partnership with Jetty Extracts, a California-based producer of high-quality cannabis extracts, for a limited release of their popular Lost Farm Gummies and Chews. The partnership between the two veteran cannabis brands with over 20 years of collective operations will offer a dynamic collection of 100% live resin-infused edibles that are bursting with full-spectrum, strain-specific effects, and feature some of Jetty Extracts’ most popular strains. 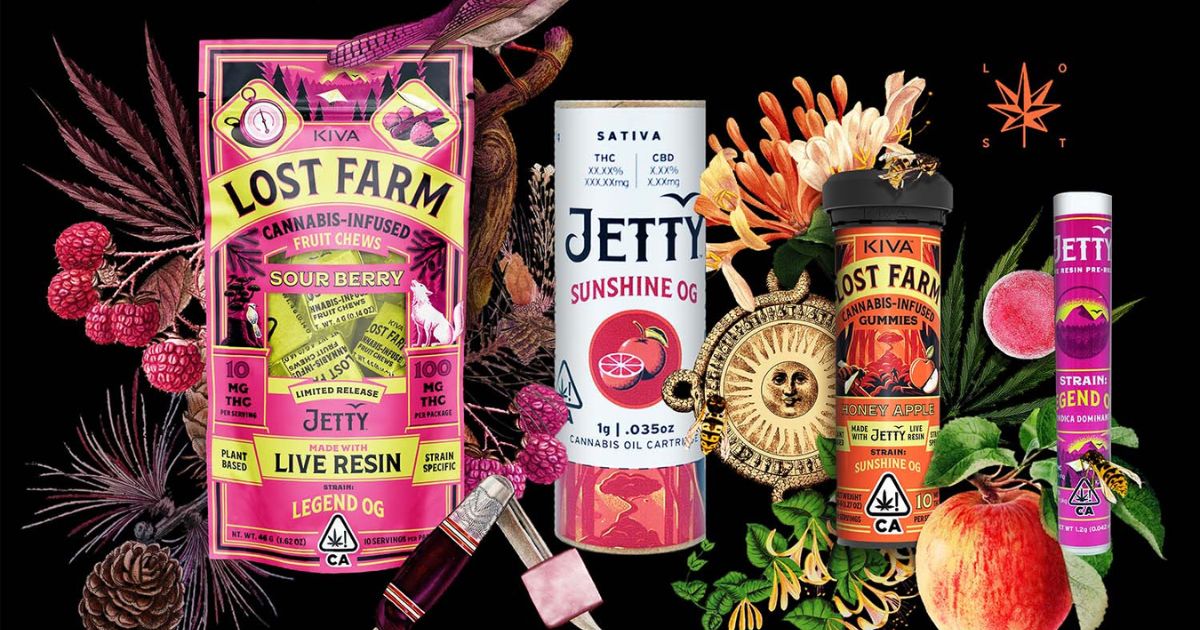 Jetty Extracts’ 100% Live Resin Sunshine OG features a sweet ’n sour chorus of citrus notes turned spicy and herbal in this sativa-dominant strain whose fragrance will have you walking on sunshine. The Sunshine OG live resin notes take a backseat in the fruity, flavor-forward Honey Apple gummy that finishes with a touch of sweet honey flavor. 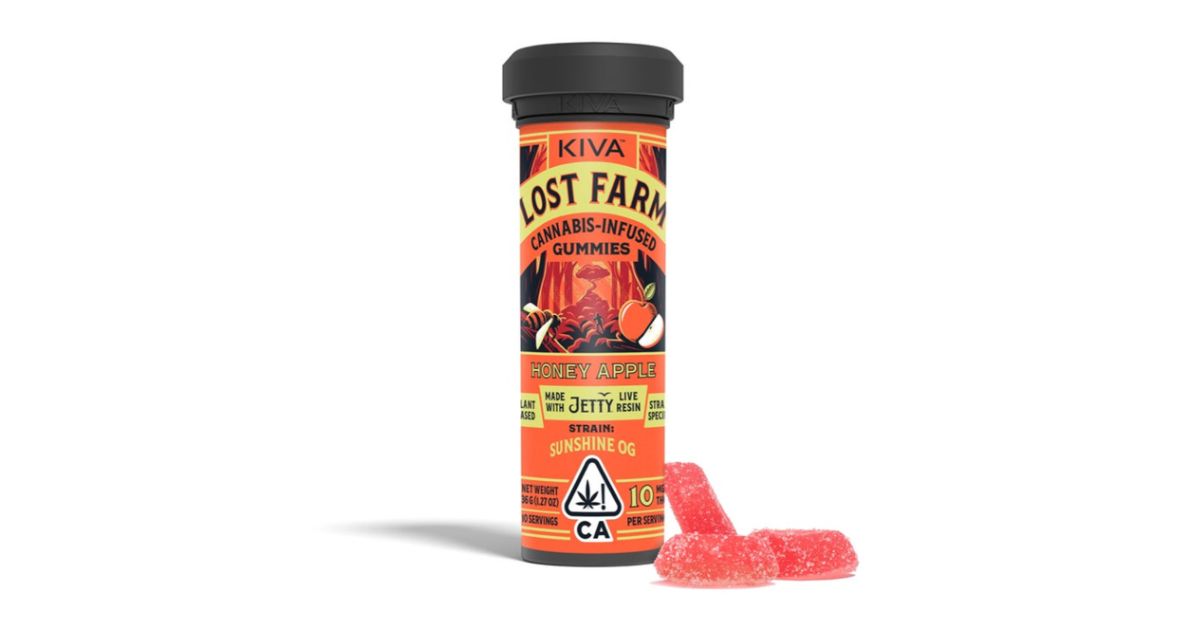 A pungent, earthy palate reveals the OG Kush roots of the indica-dominant hybrid strain Legend OG, which is converted into 100% Live Resin by Jetty Extracts. With tart, juicy berry flavors on a background of citrus, the limited Sour Berry fruit chew is ripe for the picking. 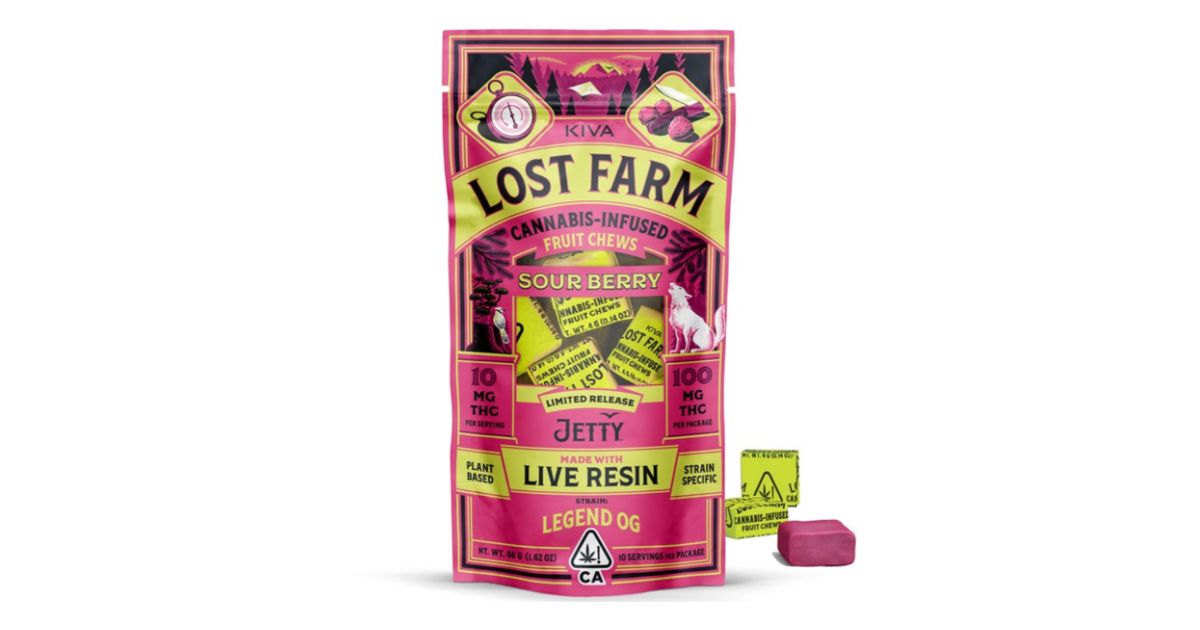 Top 5 Summer Activities to Do in San Diego