Let's Hash It Out with Kalya Extracts

Through the years, innovations within the cannabis scene have introduced new varieties of concentrates like rosin, badder, honeycomb, dry sift, and many others. One of the brands leading the pack in concentrate superiority is Kalya Extracts. Written by Lucas Indrikovs.

Dabs aren’t exactly new to the cannabis scene. Concentrates have been around, in one form or another, since the 1st century when hash was the most prominently consumed variety of cannabis. Through the years, innovations within the cannabis scene have introduced new varieties of concentrates like rosin, badder, honeycomb, dry sift, and many others. All of them are unique from each other and processed slightly differently.

With the increase in concentrate production in California thanks to the growing demand from consumers, the topics of dabbing and vaping are as ubiquitous as joints and edibles.

One of the brands leading the pack in concentrate superiority is Kalya Extracts. After winning back-to-back Emeralds Cups with their incredible solventless Rosin (in fact, they swept the podium in a unanimous 2021 victory), Kalya’s mission remains the same: perfection. Originating from the Emerald Triangle and currently based out of Oakland, Kalya Extracts has perfected the Rosin-making process while consistently innovating new ways to package and store your heavenly hash.

Once you’ve had the pleasure of consuming some of their award-winning solventless extracts, you’ll understand the true meaning of Kalya (Sanskrit for “perfection”). You might even be able to write in Sanskrit if you consume enough in one sitting, but results may vary.

We talked to the experts at Kalya to better understand the processes they use to produce such clean and potent cannabis extracts. By first removing all the plant material through ice water hash extraction, Kalya takes those refined trichomes and applies heat and pressure to produce their award-winning Rosin. Rosin contains more terpenes than similar concentrates as well as additional compounds that are extracted from the plant material during the squeezing process.

Kalya’s award-winning Rosin is extracted from fresh, uncured cannabis flowers as opposed to standard rosin that is typically made with dried flowers, kief, or hash. The result is a tastier, more complex experience than you can get from other forms of cannabis concentrate, thanks to the monoterpenes found only in fresh cannabis. 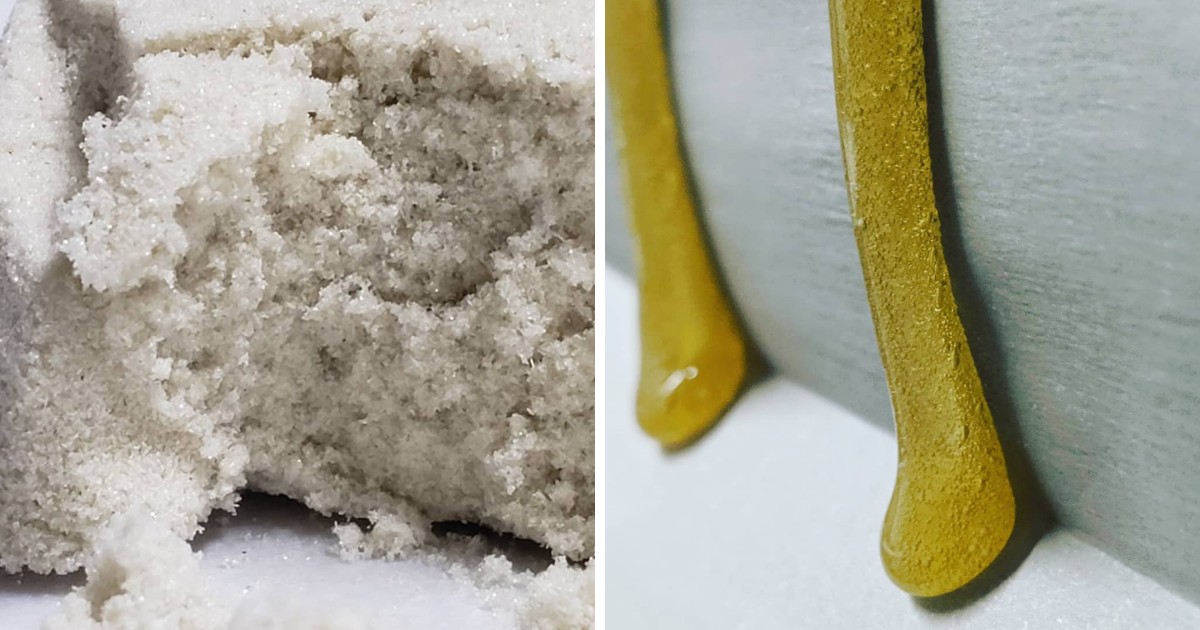 Combustion (i.e., joints or pipes) is the go-to method for most cannabis enthusiasts, but it’s not the most efficient or flavorful technique available. The classic dabbing technique that uses a torch, banger, and dab rig can also be considered a form of combustion thanks to the high temperatures the concentrates are introduced to.

Vaporizing cannabis extracts, through an electronic dab rig like the Puffco Peak Pro, offers users a cleaner alternative to combustion while also containing a more significant number of cannabinoids and terpenes. Hence, you experience the full flavors offered by the cannabis plant.

Vaporizing heats your concentrates to certain temperatures known to activate cannabinoids and boil off terpenes without producing potentially harmful carcinogens caused by combustion. 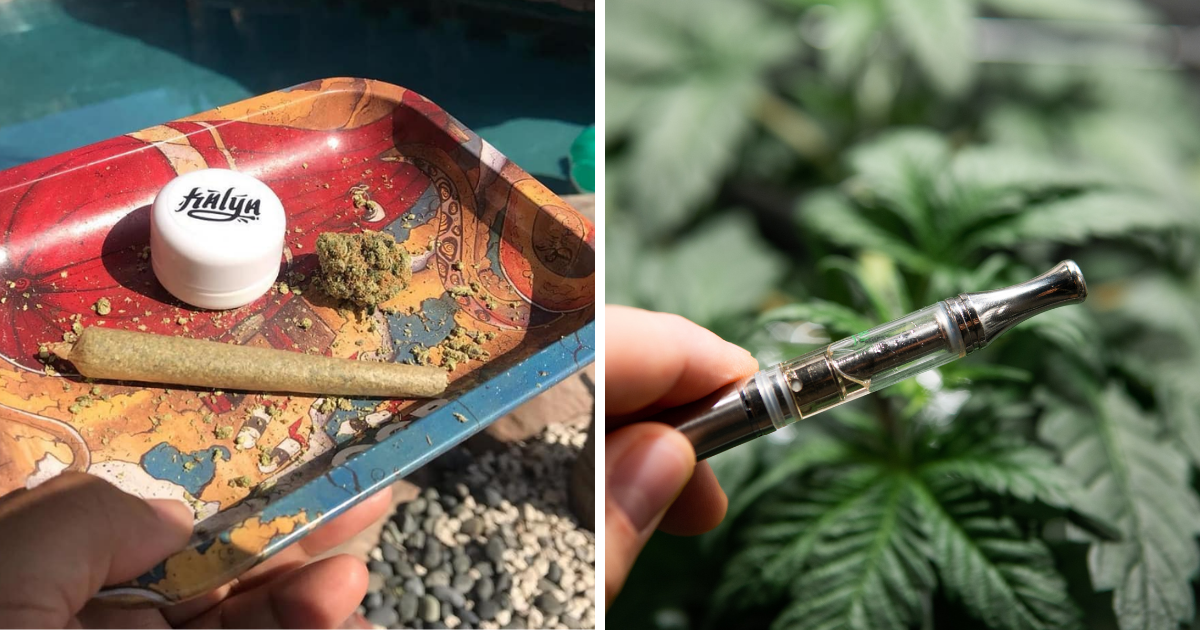 It’s been said that 95% of the vapor produced from dabs contains cannabinoids and terpenes, so when you compare that to the 12% you get from combusting flower, it’s clear that you can get more effects from a vastly smaller amount of material when choosing to vaporize.

There are several potential benefits to consuming concentrates over the more conventional cannabis flowers. Vaporizing cannabis concentrates, meaning heating your material to a certain temperature to boil off specific compounds, essentially means you are not ingesting as much smoke in the process. Dabbing also typically means you're ingesting at lower temperatures which can offer a more comfortable experience for the user.

Dabs also have the potential to give users quick, long-lasting relief for those who need to feel the effects of cannabis as soon as possible. And finally, because you need such a small quantity of extract to feel the same impact as you would from a joint or a bowl, dabs can offer cost savings for cannabis enthusiasts on a tight budget. 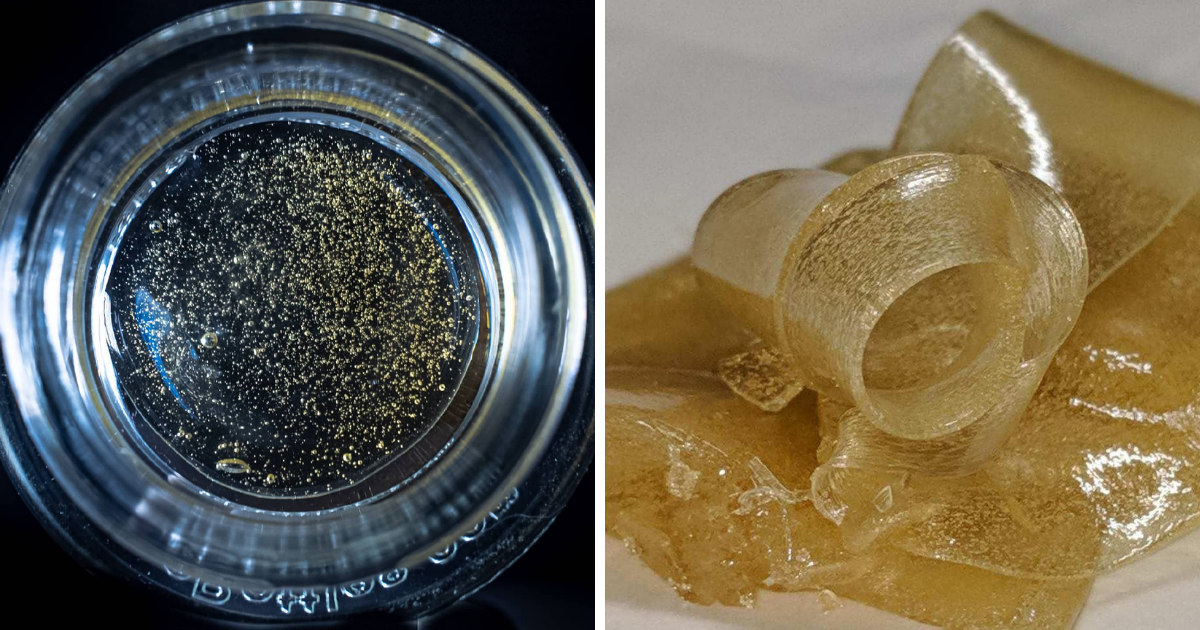 Just like with certain fruit juices and alcohol spirits, dabs are considered a purified version of cannabis containing only the necessary components to get you where you want to go.

Dr. Dustin Sulak, a cannabis advocate, claims that you can get up to 10 times more THC (along with increased cannabinoid content) from a single hit of cannabis concentrate compared to flower. With that increased potency, all you need is a dab the size of a grain of rice (or even less, for some people) to feel the strong effects of Kalya’s Rosin. As some might put it, you get more bang for your buck with Kalya. Their GMO and Papaya rosins are some of our favorites. 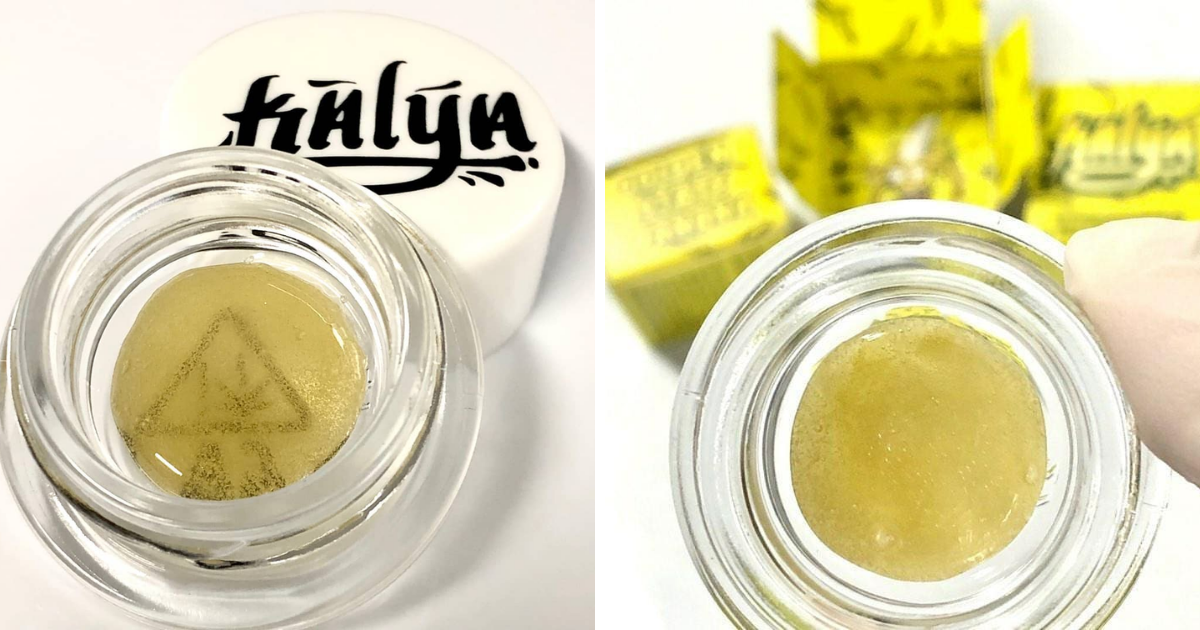 How to Store Your Concentrates Responsibly

How to care for your precious Rosin responsibly is as important as knowing how to consume it. Rosin begins to degrade in freshness and potency within 72 hrs of sitting at room temperature, so keeping your concentrates cool, preferably in a refrigerator or freezer, is imperative in preserving quality. Some call this practice “winterizing.” Heat is the enemy of fresh Rosin.

Avoiding excess moisture in your Rosin is also a necessary step in preserving the integrity of cannabis extracts. Once you take your extracts out of a chilled environment, it is vital to allow them to reach room temperature before opening the container to avoid an accumulation of condensation in our Rosin, which will also assist in degradation.

Kalya’s Rosin experts have developed a proprietary cooling liquid that pools around their Rosin containers to keep the concentrate chill and fresh for up to 3 hrs outside the refrigerator. It can be a challenge remembering to place your favorite dabs back in the fridge after taking a rip, so Kalya has your back. 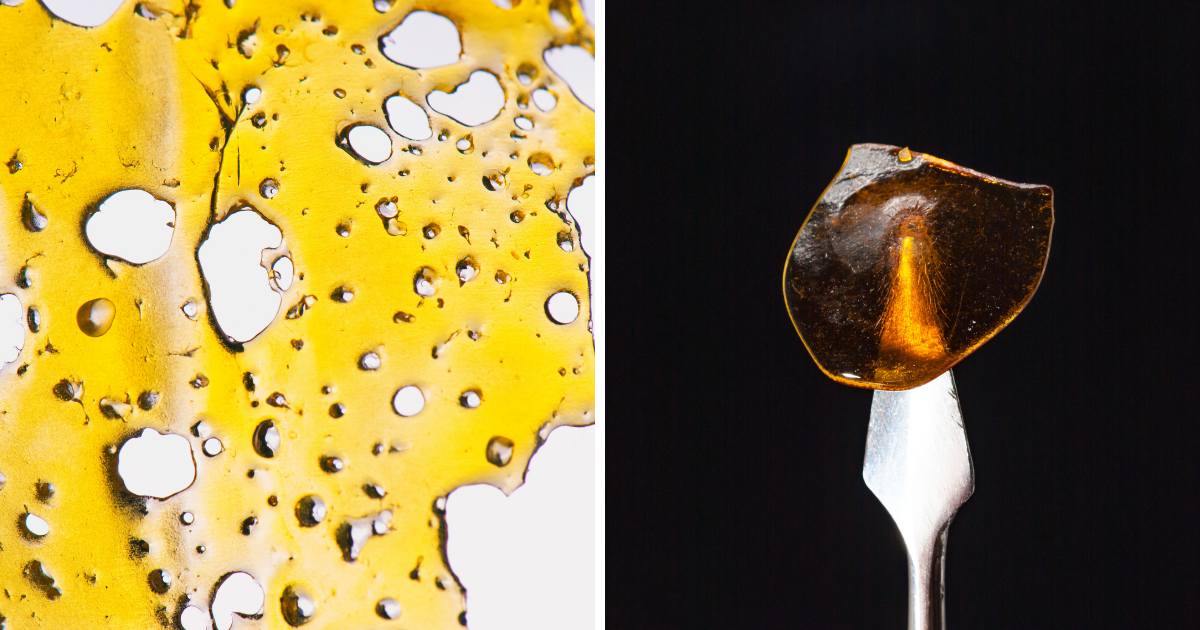 Kalya knows that avoiding heat and excess moisture is paramount in ensuring a long shelf life for your concentrates. Still, other variables can extend the shelf life even further. One variable to consider is potential oxidation caused by prolonged exposure to the outside air. Keeping your dabs in an airtight container is very important to avoid oxidation and the subsequent loss of flavor or potency.

With that knowledge, Kalya’s award-winning dab experts designed a unique lid for their containers that not only double-locks to protect any overly curious youngins from accessing your potent concentrates but also creates an airtight rubber seal to reduce exposure to oxygen. Combining airtight storage with the practice of “winterizing” your extracts will do wonders for extending shelf life which means you can experience flavorful dab hits every time you pull it out of storage. 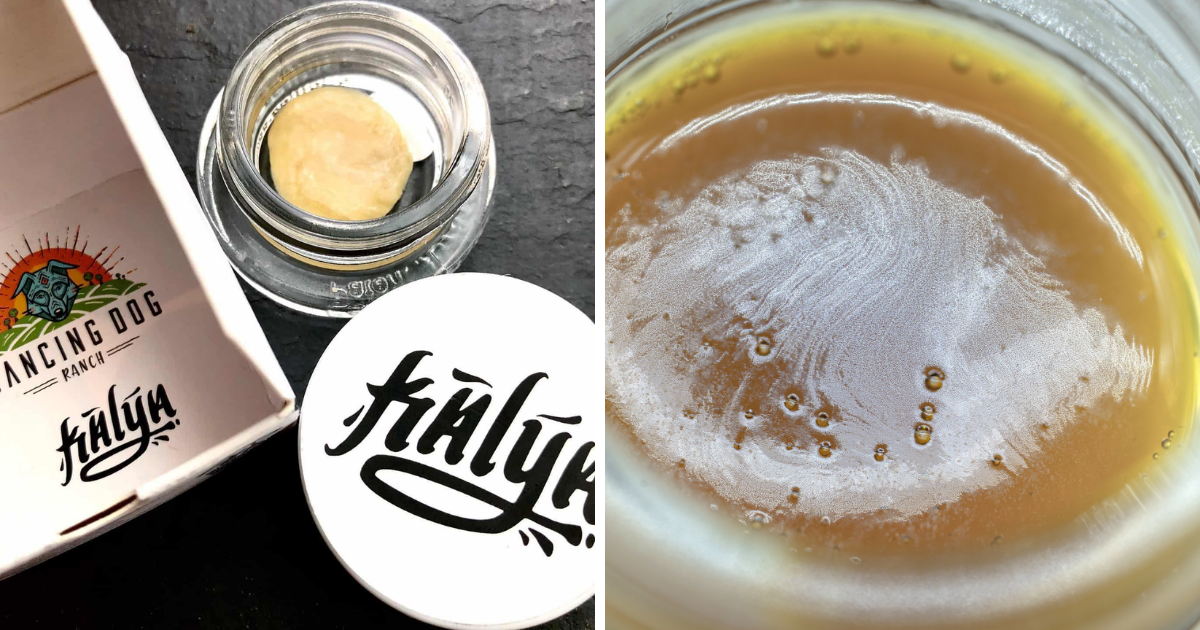 How to Dab Responsibly

As we mentioned before, you can get up to 10 times more THC from just one hit of cannabis concentrate compared to flower, so it is wise to start small, so you don’t fall. Using just a rice-sized glob of Kalya’s Rosin is sure to hit the spot, but even that might be too much for a new user or someone with low tolerance. If you’re new to concentrates, and especially if you’re new to cannabis, start with a minimal dose and see how you feel. You can always take another dab!

Dabbing can be intimidating for some cannabis enthusiasts due to the need for a torch lighter to heat the banger (or nail). Traditional dab rigs paired with torch lighters are still widely used today, but technology has afforded those of us who may not be comfortable with that method. If you’re one of those people, the Puffco Peak Pro might just be the hero you deserve. With the push of a button, Puffco Peak Pro offers a safe, effective method of enjoying the wonders of cannabis extracts, without the risk. 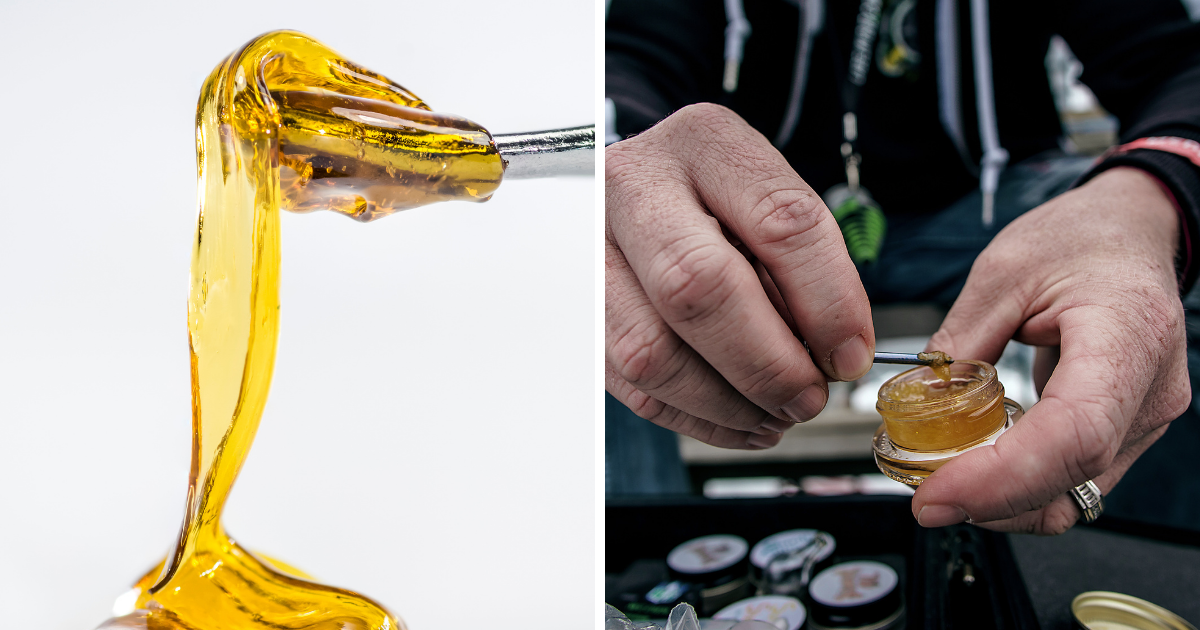 If you prefer the old-school method of rig and torch (and many do), there are many gadgets and accessories available for you to make the process easier, safer, and more enjoyable. There are so many varieties of bangers, rigs, mats, carb caps, and dab tools to help personalize your dabbing experience.

How to Shop for 4/20 Without Focusing on THC